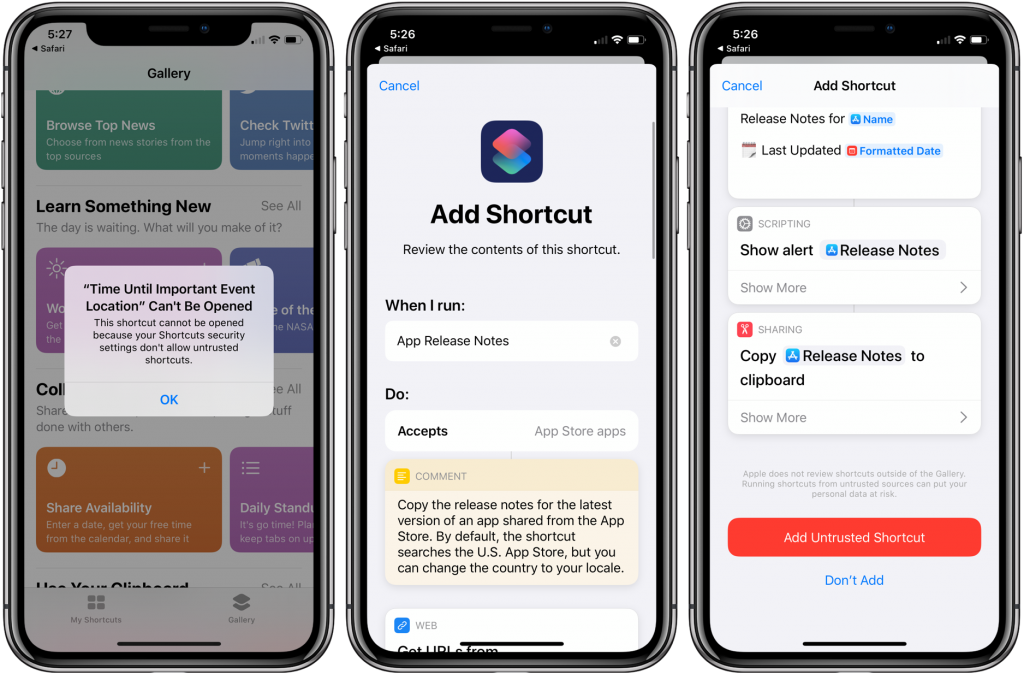 Shortcuts are something that makes a task easier for the user of the iPhone or iPad to perform like saving a webpage as PDF or making gifs in the gallery. IOS 13 and Apple iPadOS 13 have a shortcut App now. By default, all the shortcuts that are downloaded from the web are restricted but you can allow the untrusted shortcuts on your device.

In this guide, you will learn how to allow “Untrusted Shortcuts” on your Apple device.

As we have mentioned earlier, shortcut app bans any shortcut downloaded from the internet for privacy measures but you can let them bypass if you want. Here’s how you can do it:

A third-party shortcut will be added to the App. You might want to check out How to use old iPhone’s Camera in a better way to take pictures

Learn How to Convert Live Photos to GIF on iPhone