The Grub Boot loader makes it very easy to start up the operating system. There are a few simple tweaks that you can perform to decrease the load time. Making changes to the Grub file is very dangerous if something goes wrong, you might face critical issues. So, make sure that you back up the Grub bootloader before continuing to this tutorial.

First of all, you need to launch the terminal using Ctrl + Alt + T or Ctrl + Shift + T on the keyboard and log in as the superuser i.e. root using the su or sudo -s command. After logging in as the Root Shell, use the CP command to make a copy of the Grub Bootloader.

user-name should be the same as the Linux PC user name.

Customizing Grub Bootloader to Speed up the Boot Time

Find out the GRUB_TIMEOUT entry and change the default entry i.e. 5 to a lower value. The smaller the number is, the faster Linux system will boot. For best results change the value to 0. 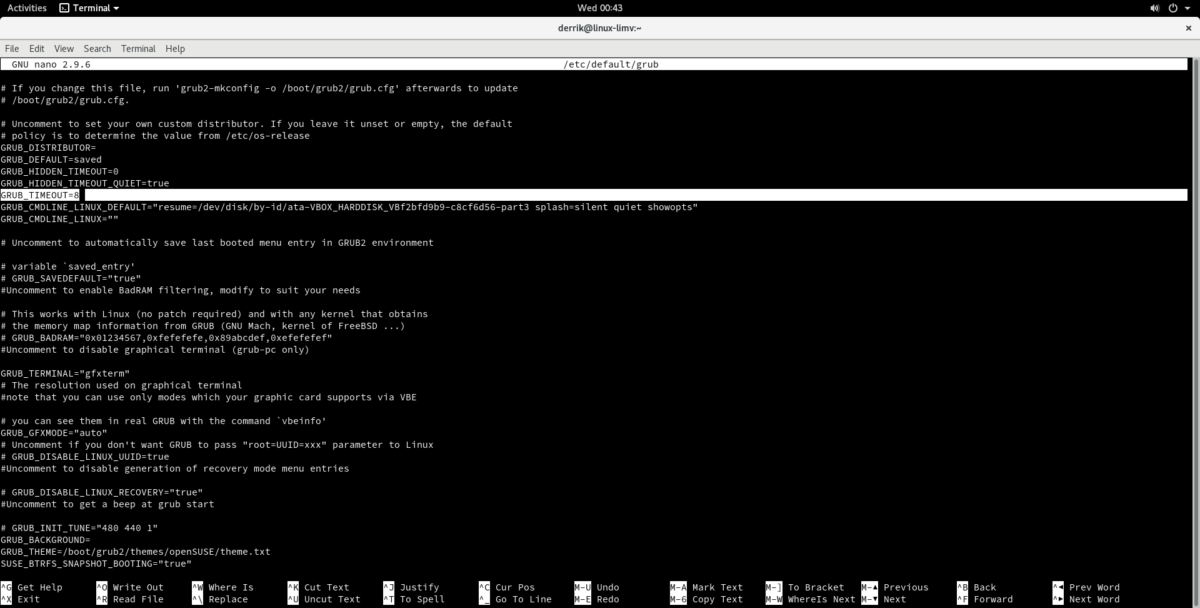 In case you want to speed up the Grub then the best value is 2 seconds, so change the GRUB_TIMEOUT to 2

The changes take effect when you update the file. Just gain the root access with sudo -s or su – command and follow the guide according to the Linux distribution.

In case you want to go back to the previous changes and you are not happy with the changes you made to the Grub file then the best way is to restore the backup you previously created. This is done by few simple steps.