Apple brought out its seventh Developer Beta on 15th August 2019, one week after the release of its sixth developer beta and after almost two months of revealing the new operating system. Only the Apple users who are part of Apple Developer Beta program can download the Beta version on their devices. To be a part of this program you can sign up at Apple.com. 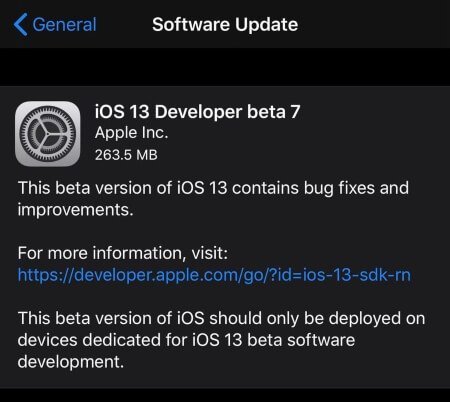 Users are really happy with the new update as it has got no bugs according to the users and is smooth compared to the previous beta releases.