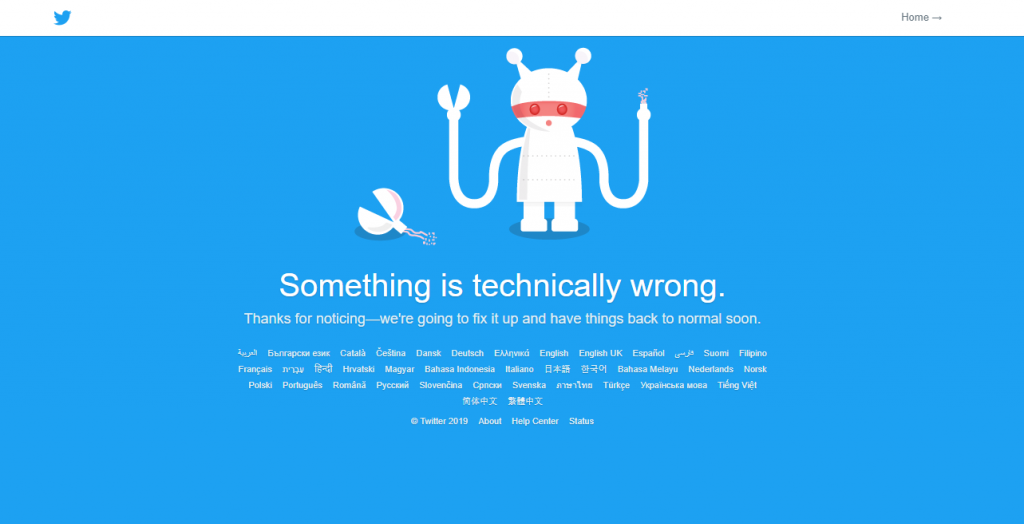 “The outage was due to an internal configuration change, which we’re now fixing,” the company wrote on its status page. “Some people may be able to access Twitter again and we’re working to make sure Twitter is available to everyone as quickly as possible.”

Users were quite irritated regarding the outage. Again it went down for the instance but now it’s back up again and running.

According to the Downdetector report, the majority of problems being reported from Twitter were website issues (51 percent), nearly 30 percent were from iPhone and iPad app usage and another 18 percent from Android users, the site reported.

Us all during #TwitterDown pic.twitter.com/rL8x2rUk8D

Now again on Friday morning at around 4:00 am, reports were submitted to downdetector.com from worldwide about the outage of Twitter.