Apple recently released the iOS updates for all those Apple devices which were not capable enough to get any iOS updates. This time Apple issued updates for iPhone 4s, iPhone 5, iPad mini, iPad 2, iPad 3 and iPad 4.

Apple released these iOS updates because there were many bugs coming in the working of GPS and time data. Many GPS-enabled applications were getting effected from this ongoing bug of GPS which was not only affecting the accuracy of GPS location but also was disturbing the actual time and data. To make sure that GPS and the time-data bug doesn’t affect the users, Apple released these iOS updates.

Following this matter, recently iOS updates are 9.3.6 and 10.3.4. iOS 9.3.6 is issued for the Apple iPhone 4, iPad Mini, iPad 2 and iPad 3 because Apple stopped updating iOS versions for these devices at 9.3.5. Now if we talk about an iOS 10.3.4 this update is issued for the devices iPad 4 and iPhone 5 for the same interest of fixing GPS rollover, time and data issues.

In a support article by Apple, the company asked it’s users to update their iOS versions to improve the location and time-data accuracy. Although there are no serious issues regarding updating these iOS versions, Apple recommends its users to update before November 3, 2019. After November 3, these devices will require these iOS updates to avoid any kind of GPS location or time-data. 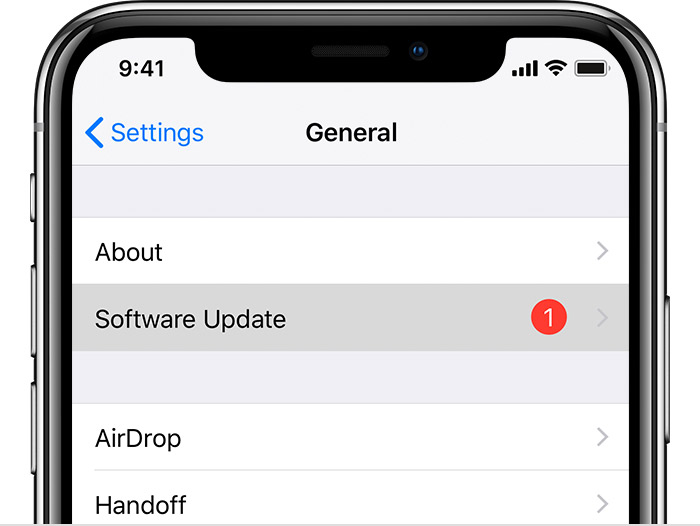 If you have one of those devices discussed above and you are interested in updating iOS version then follow these steps.

Before updating your iOS, make sure that your device battery has a sufficient charge of roundabout 70-80% to avoid any kind of disturbance or issue.

If you have successfully updated your iOS version and want to check to make sure that updated iOS is installed or not. Follow these steps.

If you have successfully installed updated iOS then your software Version should be 9.3.6 or 10.3.4 as discussed in the article.