iPhone allows the users to use the LED Flash on the back of their iPhone as a Flashlight. Since iOS 7 Apple has even included the shortcut to iPhone’s Control Center from where you can turn it on and off. There’s a hidden Flashlight feature that most iPhone users don’t know about which allows you to control the brightness strength of a flashlight.

RELATED:  How to fix LED Flash not working in iPhone X & Succeeding

In this guide, we will show you how to control the brightness of your iPhone’s flashlight.

How to Control the Strength of Flashlight on your iPhone

Start by launching the Control Center on your device. There are two methods to launch it depending on your iPhone’s model that are listed below:

iPhone X or newer: Swipe down from the top-right edge of the screen.

iPhone SE, iPhone 8, and older iPhones: Swipe up from the bottom of the screen.

After launching Control Panel, you’ll see the shortcuts to various features. You can customize the Control Center shortcuts according to your requirements. 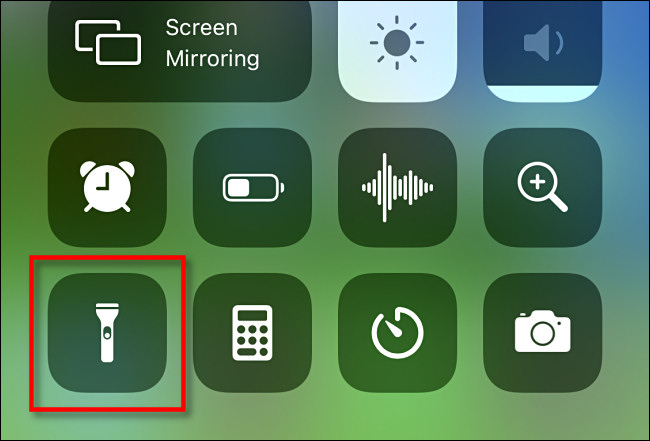 The flashlight has a five-segment slider. The top segment means maximum flashlight brightness whereas the bottom one means that the flashlight is completely turned off.

Hold and move your finger up and down the flashlight slider to change the flashlight brightness. You can also tap on the corresponding segment to the level you would like it to be on. 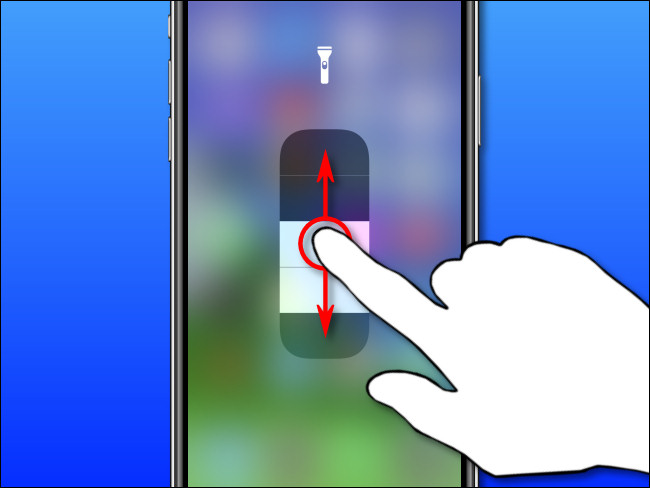 Warning: The Brighter flashlight setting will run down your iPhone’s battery faster than the low-light.

RELATED:  How to Lock your iPhone/iPad’s Screen Orientation