Batch script files are often very good to perform different operation on Windows, the batch scripts are also reliable when you need task scheduling. In case you want to have an EXE instead of Batch file to figure out any dependency issues, then it is also possible.

It is very simple to convert the Batch script file to executable files; the results depend upon the script as sometimes the output is displayed within the command prompt and sometimes the output is to perform any action without any notification. In case you want to convert the batch script to the executable file then you need to follow a few simple steps.

The executable file works fine but there is a need to edit the batch script to display the results outside command prompt.

There are different applications that can convert a bat script to executable. You can use BAT 2 EXE tool that is specially designed for converting the Batch script to EXE. It comes with different additional features and a script editor.

If your Bat file is ready, you need to move it to a folder. Run the BAT 2 EXE and a new GUI will open along with Command Prompt window and choose the folder where the file is present. Now choose the destination where you want to save the executable. 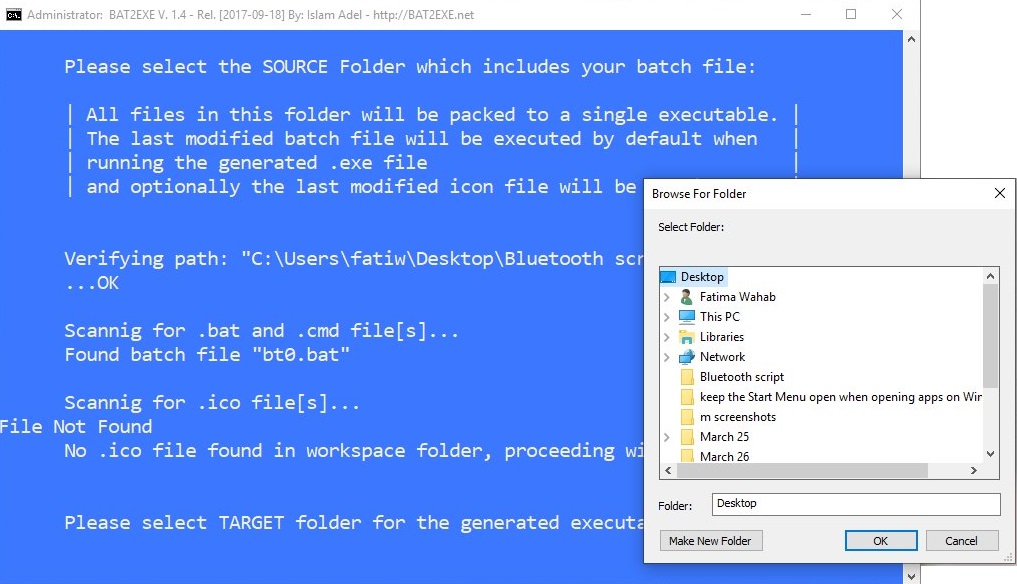 The app will take some time to convert the BAT file to EXE and will be saved to the selected location. Now you can double click on the executable file to run the app. It will not require any installation as it is made up of a script and will run directly. In case you are still in trouble while converting the script to executable then there might be some limitation with the script and you need to manually convert it.