The Linux Cinnamon is a functional and reliable desktop environment. It focusses on the Linux Mint distribution and the major purpose of this operating system is to provide ease of access. The users who use Cinnamon gets a Windows-like environment with a familiar user interface to perform all the operations. The Cinnamon users can easily customize the operating system and get loads of themes, add and edit panels and change many UI components. It is very easy to customize Cinnamon; this tutorial will guide you throughout the process.

Cinnamon focuses on the Linux Mint operating system, it focusses on making Linux easy to use. Changing the Cinnamon desktop is very easy, you can use the panel context menu on the desktop and make use of the right-click menu. Click on the themes button and it will show up Cinnamon desktop settings. 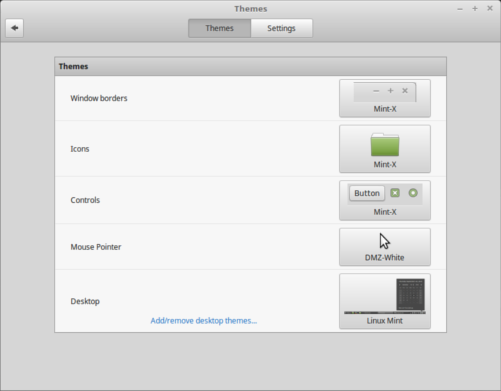 This section is not only dedicated to the theme but it is the appearance settings that can customize the window border, icon, window controls, mouse cursor, and Cinnamon shell themes.

Cinnamon has a green set of fonts so almost everything in Linux Mint is green. All the folders and the program icons have a tint of green. If you want to change it, you can easily do that. All you need is to open the Themes window from the context menu and find the menu, the options show all the icon themes you can choose from.

The control settings of the GTK3 part include window controls and borders and allow to change different settings. The cinnamon works very similar to the Gnome Shell. The controls part corresponds to the look and feels along with the actions. It includes everything from the web browser to the file manager.

Click on Themes from the context menu and open the Window controls options. Choose from the window control themes available.

Open the Themes window and from the Mouse pointer settings, choose the new theme from the available themes. It may require a restart so the changes implement throughout the system. 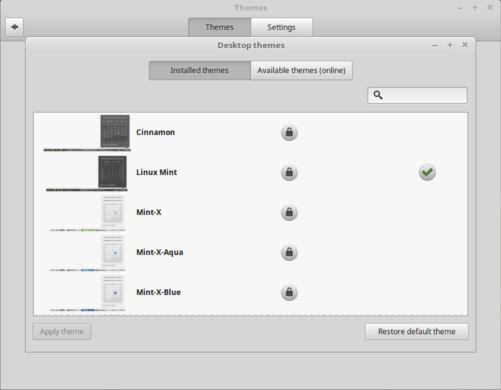 You can also customize the Desktop theme in Cinnamon theme. Like Gnome-shell, the desktop makes use of shell themes. Similar to other theme customizations, use the panel context menu and open the themes window. The Desktop theme options contain different themes selections that can be changed to.

It is also possible to download the new themes from the “Available themes online” option. All the newly downloaded themes will go the “Installed themes” section. 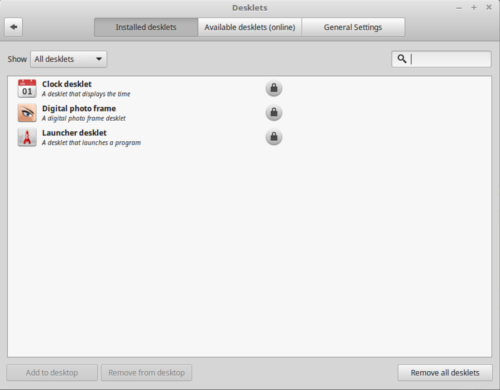 Open the panel context menu and click on panel edit mode. It will open up settings to modify the panel. Click on the modify panel in the context menu to access panel settings. 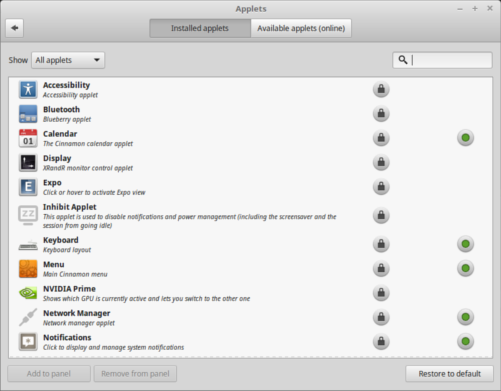 Select the panel edit mode to customize the panel as well as download new panels from the Available applets online option.