Ubuntu programs are not always stable, whenever you upgrade new programs or beta releases, they might cause issues. The best possible way is to downgrade the programs to the previous version. There are a few simple steps you can follow to get the earlier version of the application. The Linux terminal provides the apt-cache system and the synaptic package manager which helps in getting back the stable version.

It is very easy to get the earlier version of any application, all you need is to follow a few simple steps using the command line.

Open the Terminal using Ctrl + Alt + T or Ctrl + Shift + T from the keyboard. Use the apt-cache show command to show Ubuntu’s package cache for the program to downgrade.

Check the search command returns and find the version you need to downgrade to.

After you find the app version you need, you need to force the Ubuntu to use that specific version. The apt install command helps you to get back the earlier version of the app. All it requires is the package name and version number in the command:

You can detect different versions of the packages in the Ubuntu apt-cache by using the policy as well instead of the search command.

Now start the Synaptic package manager by searching the application. It will ask the password for the system. As soon as the app opens up, you need to find the click on the search button and write the name of the package to downgrade. 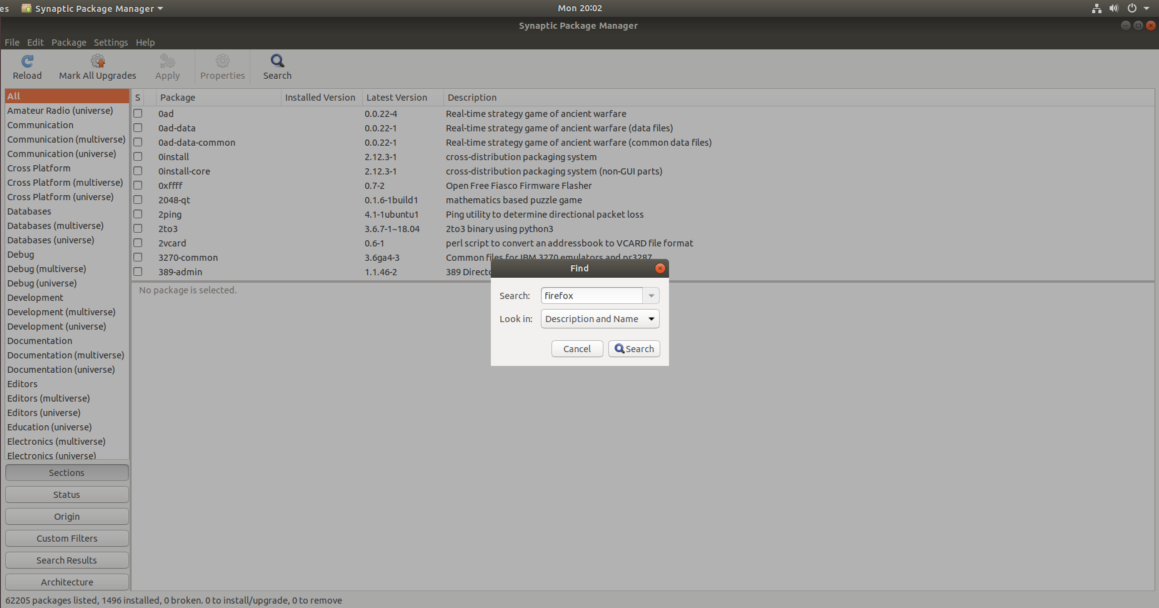 Click on the program to downgrade and click the Package menu and choose the Force Version provides a menu for the package that allows choosing the alternate version of the program. Choose the older version and click “Force” button to downgrade. 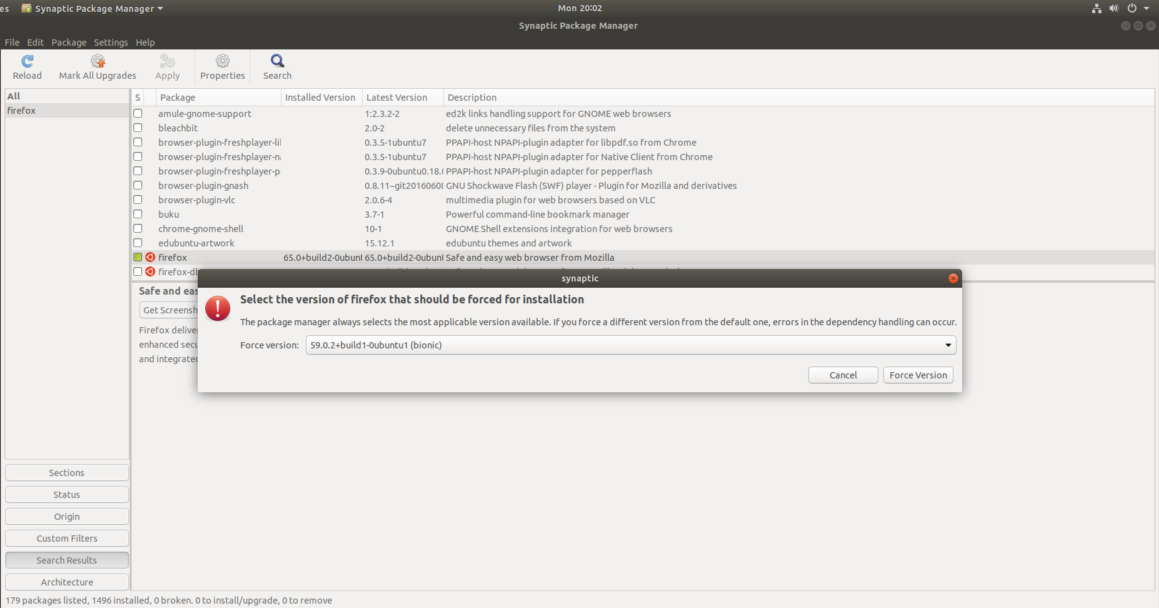 Click on the Apply button to implement the changes.

Undo the Downgrading of any Application

You can also undo the downgrade of any Ubuntu program and open the terminal window and run the update command for updates.

Running the upgrade command will find the downgraded program that is out of date and installs the latest version automatically.