Limiting the bandwidth is a good idea when you need to download anything without slowing down the other network as the downloads will only consume specific amount of bandwidth. While using Linux, there are different applications that have the ability to limit the bandwidth, the best of them is Wondershaper application. It works for both the server and desktop Linux distributions.

For Ubuntu, you can use the Ubuntu Universe repository for the installation of Wondershaper. For some Ubuntu distributions, you need to manually enable the repository.

To enable the Universe Repository for Universe, use the repo command to add universe repository

Run the update command to use the universe repository and deploy the changes.

Wondershaper for Debian comes in Debian Main repository. All you need to use apt-get command to install the application. It requires no additional configurations.

You need to build it through the AUR as Wondershaper is not available in the Archi Linux repositories. To build the app using AUR, install the base-devel and Git packages with Pacman manager.

Move the Wondershaper to the sources folder on Arch Linux.

The primary Fedora repository contains Wondershaper and you can easily install it through the dnf package manager command.

OpenSUSE provides Wondershaper from Leap 15 to 42.3 and Tumbleweed, you need to use Zypper command to get it from OSS All repository.

You can use the source code from the Github and make it ready for installation using the git command.

After installing Wondershaper, you need to use Systemd init system to load the app and boot-up.

To install the application on Ubuntu or Debian Linux, you will not need Systemd as because of Apt that can automatically set up all the things.

For Other Linux Distributions

In order to use Wondershaper on Fedora, Arch, OpenSUSE, systememd can manually set up things.

For disabling Wondeshaper, you need to also use the Systemd.

and restart it using

Managing the bandwidth with Wondershaper 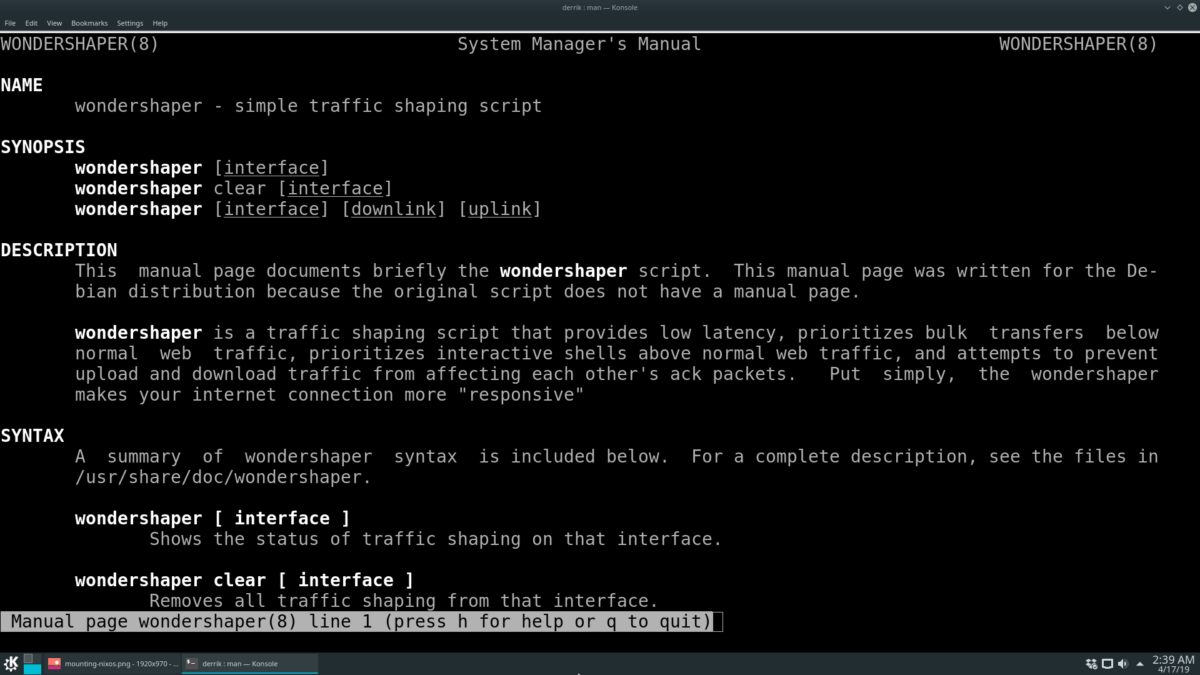 To manage the bandwidth with Wondershaper, you need to start by finding the IP address of the network card using ip addr show command.