If you have blocked an Instagram user for whatever reason, you cannot be able to see their posts, stories, or interact with them nor will they be able to interact with you. However, if you have decided to unblock them or you want to be friends with them again, there exists an unblock option for it.

Even if you have blocked a person, you would be able to search them through the search tab on Instagram. In this guide, we will show you how to unblock a user on Instagram.

To unblock a user from their profile, follow the steps mentioned below:

Instagram will tell you that the user has been unblocked and you can unblock them again anytime you want. Tap on “Dismiss”. Refresh the screen to see the posts of the unblocked Instagram user if they have a public account. 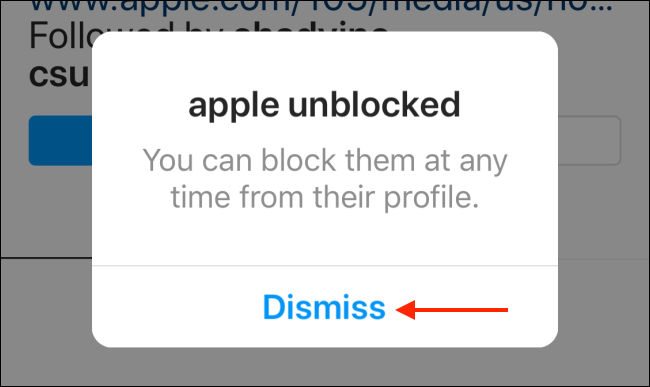 If you don’t remember the Instagram handle of the user you want to unblock or they have changed it, you can go through your blocking list in Instagram settings to unblock them.

Here’s how you can unblock a user from your Instagram settings:

RELATED: How to Change Instagram Username and Display Name